Mary Diggin Ph.D is a cultural mythologist, with a Ph.D. from Pacifica Graduate Institute. Her research interests center around myth and religion, cultural (collective) memory and identity. She is particularly interested in mythic/religious tropes that influence societies and cultures over the longue durée.

She explores mythology as a metaphorical and narrative tool, a means of mythopoetic engagement, which provides individuals and societies a way by which they articulate about themselves and about the social world in which they exist. Myths can be seen as extended metaphors which allow us to imagine and re-imagine what is happening, and to open new possibilities by a creative engagement with images in myth.

Born in Ireland, she moved to New Mexico in 1998, where she lives with her husband, E.S. Gallegos on the Rio Grande, in the Embudo area where they run Deep Imagery workshops and also work with people on an individual basis through Imagery.

She is also an  IIVR certified trainer and Deep Imagery Guide. Mary is the developer of the Online, distance learning Deep Imagery certification course. (www.deepimagerytraining.com). 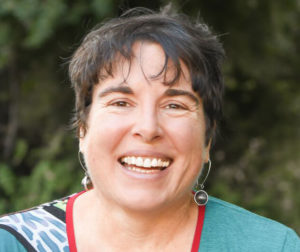 Mary’s deep imagery workshops often reflect her interest in myth and culture and her passionate understanding of the deep imagination as a powerful holistic means of accessing our inner world and building relationship with what we may call the outer world. She received the 2018 Imagery Person of the Year for her work with Imagery from Imagery International.

Mary has worked with Deep Imagery and the Personal Totem Pole process for over 20 years, leading trainings and workshops as well as working with individuals. Mary completed her Ph.D. in Mythological studies with an Emphasis in Depth Psychology at Pacifica Graduate Institute.

Her Ph.D. dissertation was entitled “Pure Blood and Malleable Bodies:
Myth-symbol complexes, Hispanic New Mexican Identity Narratives and the Penitentes”
Her undergraduate work was in Education (B. Ed. from Mary Immaculate College, Ireland) and Religious studies (Diploma in Religious Education from the Mount Oliver Institute).

Mary also completed an apprenticeship with Jicarilla Apache medicine man, Felipe Ortega, from whom she learnt how to lead sweat lodges and about Jicarilla healing traditions.
She also trained in massage, web and graphic design and works as a micaceous clay potter, writer and Sweat Lodge Water Pourer. She is fortunate to be able to fully pursue her many interests in Northern New Mexico . Mary is available to lead workshops and to work with individuals.

RESEARCH AREAS
While my main area of research is in the field of mythology & Cultural mythopoetics, I am  interested in cross-cultural studies, imaginative psychology and religion. With that in mind, I have worked with a Penitente group in NM and researched links between Late European Alchemy and the Religious imagery in the alabados. I have also extensively researched both the Irish and African Diasporas, Celtic myth and history and Jicarilla Apache traditions.

INDIVIDUAL AND GROUP LESSONS IN WEBPAGE MANAGEMENT, APPLE COMPUTERS, AND CONTENT MANAGEMENT SYSTEMS.
Over the last number of years, I have taught many individuals and small groups how a number of computer-based mini-courses under three main areas: Webpage management, Apple computers, and upgrading websites through specific Content Management Systems.
I have a long history of teaching computer-based classes. As far back as 1998, I taught an Irish National Teachers’ Organization (INTO) computer course, on a desktop publishing program suitable for elementary schools. As a result, I was chosen in 1999 by the INTO to teach computers to teachers nationwide, a position I declined because of my move to USA.

The Albuquerque Cuarto Centenario Memorial:Contestation and Dissent in New Mexico, Presented at the American Academy of Religion Annual Conference. December 2020

“Imagery as a way of Knowing.” Presented at the Imagery International Annual Conference, September 2019

“Pure Blood and Old Christians: The Retention of Penitential Traditions in New Mexico.” Presented at the American Academy of Religion Annual Conference. November 2018

“Damballah and Maman Brigitte: The Irish Influence on The Vodou Lwas.” Presented at the American Academy of Religion Annual Conference. November 2011

“The Irish Influence on The Vodou Lwas.” Dixon NM. October 2011

ART
Balor: The single eyed view that keeps us from Pharmakon  in Between peer reviewed creative magazine of Pacifica Graduate Institute. 2012
Celtic Triptych in USA based travelling exhibition in support of Victims of Abuse. 1998- 2000

I completed an apprenticeship in Jicarilla Apache medicine with Medicine man, Felipe Ortega. I am a skilled micaceous clay potter, a craft I particularly enjoy.

Writing: I have a number of books in process, including preparing my dissertation “Pure Blood and Malleable Bodies: Myth-symbol complexes, Hispanic New Mexican Identity Narratives and the Penitentes,” for publication. I am also working on “Nasty Women, A Mythological Survival Guide, ” and “Remembering to Imagine: Restoring a soulful engagement in the world,” a non-fiction exploration of the mythopoetics of imagination.

I am also a skilled chef and mixed media artist.