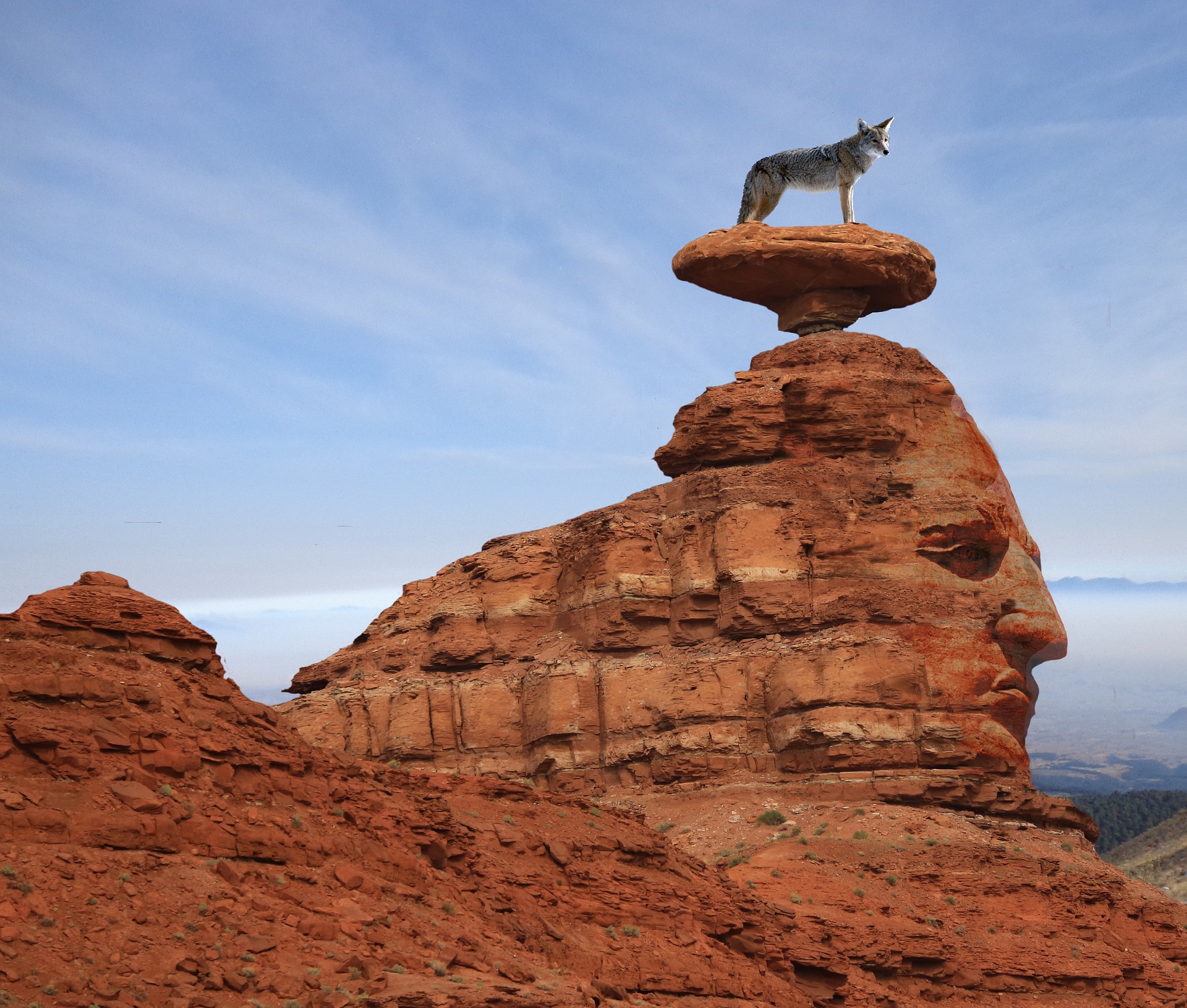 I’ve had a few stressful weeks dealing matters that I thought were resolved months ago. I loathed having to get reinvolved in this particular situation. Yet, I have been amused by what happened as well as aware of the ensuing pain felt by all of us involved.
My amusement isn’t solely amusement when one finds something funny. It is also “a-muse-ment,” musing and pondering on what feels like a trick by the Universe. Everything had been set up and agreed to by the various parties last Spring, and I had removed myself so that the people involved could communicate directly with each other. I did so in the belief that one of the parties involved seemed overly focussed on me, and I felt my absence would promote better communication with each other. I didn’t find out until very recently, that the last 7 months had turned into a landscape of broken promises, silence and confusion.
My musings took turns down mythic paths. It seemed apparent that Trickster had made his presence felt. I see Trickster energy acting through the presumption I had, that the one thing that would smoothen the process best would be my withdrawal. The chaos that ensued after my departure was typical trickster activity.
Additionally, the original intention was to disperse resources, in the hope that by doing this, some past hurts could heal. None of that actualized. Agreements were violated, and promises were broken, and in the end, our hearts ache more than ever.
The dissonance between the original intention and the final outcome is the space where Trickster lives. It is a comic-tragic space, where pain and humor co-exist. The contrast between the early hopes and intentions and the current situation is the locus for both amusement and anguish. If we don’t laugh, we’ll cry!
Trickster energy can be difficult to make peace with. Tricksters disrupt the expected order of events. We’ve all encountered it: those times when we, figuratively, set off in a specific direction, only to fall flat on our faces; Or, those moments when feelings or actions or words have unintended results and even leave destruction in their wake. Destruction, as well as creation, is part of the Trickster’s realm.
In the Jicarilla Apache tradition, Trickster lives in the South, in the form of Coyote. I recall Felipe Ortega, my medicine teacher, talking about the Trickster Coyote. “You see,” Felipe said, “Coyote is inhuman. He does not empathize. His concerns are his own. So when he trips you up, he laughs at your pain. The best you can do is laugh alongside him.” Trickster is focused on his own schemes and doesn’t answer to external agendas. This shifty, crafty, mythic energy is particularly tricky to resolve.
Trickster is challenging because he is the embodiment of contradictions. He embodies the dualities and polarities that confront our desire for stability and certainty. He is neither good nor bad, but somehow both, and neither. In myths, he frequently brings chaos to an otherwise calm situation. Tricksters disrupt conventions. Think of the antics of Wile Coyote, Bugs Bunny, Loki the Norse god, Puss in Boots, Pan, Māui, Sisyphus, Kokopelli, and Jack Sparrow who are all Tricksters.
Eros is also a trickster. Associated with fertility, desire, and sexual love, Eros governs passions that are difficult to control. Sometimes Eros is playful and harmlessly mischievous, but at other times he is cruel with surprise attacks that bring only reckless passion and confusion as he toys with his victims. Think of how Eros used Daphne to get revenge on Apollo. By firing a lead arrow into her, he removed her choice between accepting or rejecting Apollo’s advances. For Eros, Daphne was simply something to be used to facilitate his own agenda. Trickster energy is not particularly kind. A Trickster can treat people as objects to facilitate their own internal drama.
One classic Trickster trait is the absence of both loyalty and morality. Because of this, Trickster engineers the unexpected. He is in tune with only his own often selfish desires and out of tune with everything else. But he is often the catalyst that moves the story along by abruptly causing it to shift direction. In doing so, Trickster is frequently the cause of distress, leaving everyone scrambling to catch up as he whisks the story onto new and unforeseen tracks.
Trickster can sweep in and shock and thus wake us up. He forces us take notice, requiring us to look at our own follies and presumptions. Understood as a force that challenges us to grow, Trickster often employs discomfort to motivate the process. Internally, the Trickster is present in those situations where we have mixed feelings, and in polarities like love and hate, attraction and repulsion, joy and sorrow. He can also show up as doubt, which though uncomfortable, can be growth-inducing at the same time.
Growth is often stifled by certainty and stagnation. Trickster is the antithesis to stability and therefore encounters with trickster energy offer us the opportunity to grow. Trickster can be seen as an agent of the divine, who shakes everything up so that something new can be born. Through trickster, healing chaos is introduced, and the seemingly smooth flow of the world is disturbed. To paraphrase Rumi, Trickster creates the wound through which the light enters.
This is what I hold on to. Trickster energy may have disrupted what seemed like stable, mutually supportive relationships, but I trust that for some reason, it was needed. The place we find ourselves in is unexpected but full of innovative energy. Creative forces are at work.
Coyote image: https://pixabay.com/…/head-steinkopf-stone-face…/
by Marisa https://pixabay.com/users/marisa04-2412387/