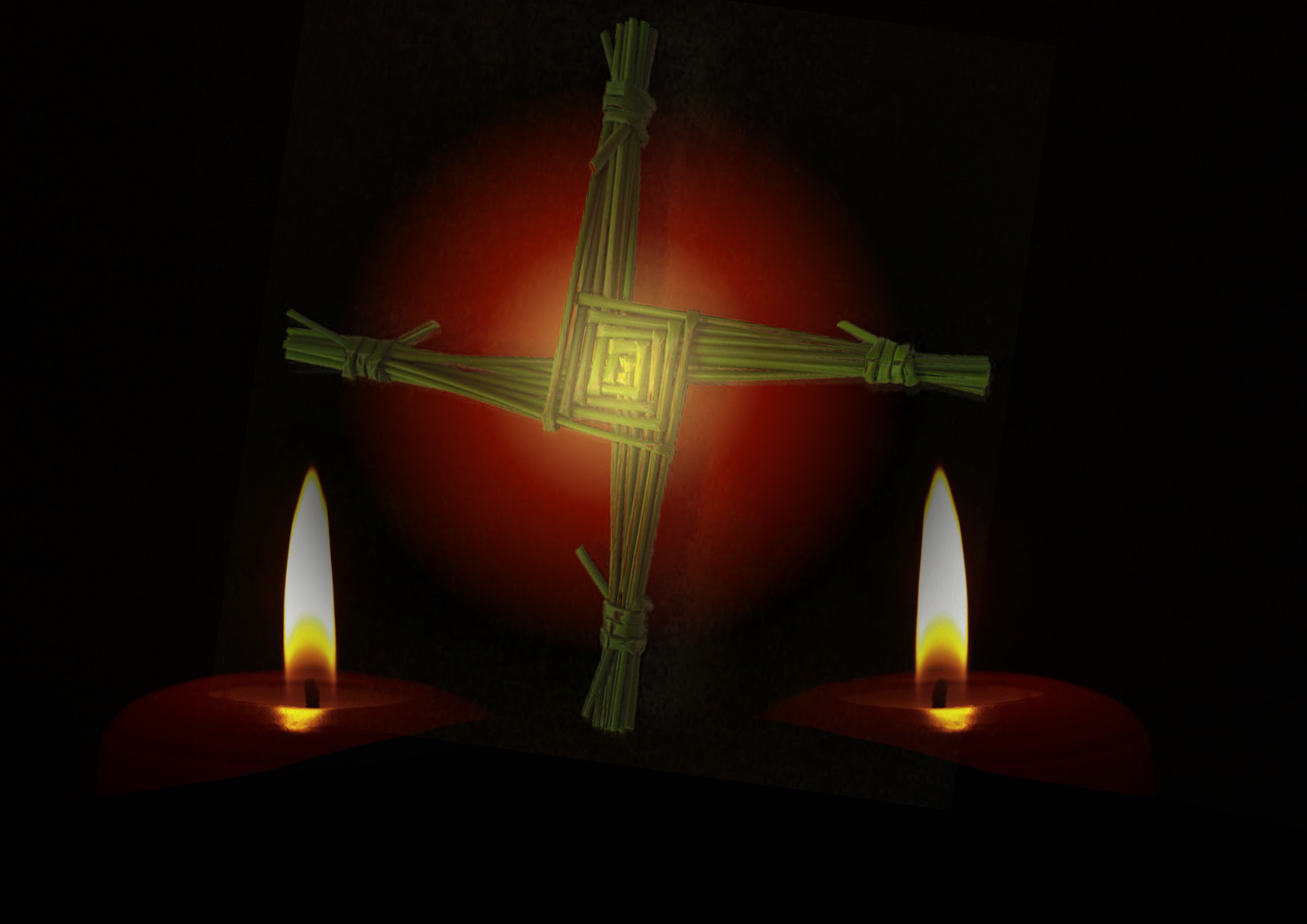 We have once more reached the first day of Spring in the Celtic Calendar. Imbolc or as it became in Christian times, the Feast of St. Brigid.

The Feast of Imbolc is one of the 4 cross-quarter days in the Celtic Calendar. The cross-quarter days, which set to be the main Festivals of the Celtic world occur roughly half-way between the sun festivals of the Equinoxes and Solstices, now  the first days of February, May, August, and November. According to the Irish myth Tochmarc Emire (“The Wooing of Emer”), Emer named the calendar points of the year when she challenged Cú Chulainn, the hero of Ulster, to remain awake for an entire year in order to win her hand in marriage.

The cross-quarter days were considered times of transition, when the veils between the everyday and Other worlds were thin. It was a time in which people practiced divination and requested blessings. The health of the year’s crops, prospects for marriage, and other matters of concern all had their rites. People also sought blessings for protection against sickness, blight, evil spirits, etc. Often, in these rituals, protective fires, in the form of bonfires, torches, and candles were used. In Imbolc, the fires may also have symbolized the return of the sun and the departing of winter. Today, Candlemas day, on February 2nd, carries echoes of these rites, a day on which Candles are blessed in churches while on February 3rd, the Feast of Saint Blaise, throats are blessed while 2 crossed candles are held under the chin, against the throat.

In Christian times the Irish believed that St. Brigit traveled around on the eve of Imbolc, which was celebrated as her birthday, She conferred blessings on people and their livestock, and visited their homes. Accordingly, there were many home rituals designed to welcome her  and to receive her blessings.   (Danaher, pp. 14-37).

It was traditional to leave a piece of cloth outside on the eve of feast day. Known as a Brat Brid, the cloth was blessed by Brigid in her travels and could be divided up among the people of the household for protection and healing during the year. Some places had a tradition also of leaving outside a cloak that would not be torn up, but would afterwards be used to aid women’s fertility, to help nursing mother produce milk and to ease childbirth.

A straw doll, known as a brideog was also made. Some were carried through villages by the menfolk who would announce at each house “Go on your knees, open your eyes, and admit Brigit!” The celebrants inside answered, “Welcome! Welcome! Welcome to the holy woman!” Crosses, known as St. Brigid’s crosses, were also woven from rushes and hung over doors and windows for protection during the year. Straw girdles (large, woven ropes of straw) were also used, often to enhance fertility or to bless the people or cattle who went through them, or as Seamus Heaney describes “The open they came into by these moves, Stood opener, hoops came off the world”

From Crossings by Seamus Heaney
On St. Brigid’s Day the new life could be entered
By going through her girdle of straw rope
The proper way for men was right leg first
Then right arm and right shoulder, head, then left
Shoulder, arm and leg.
Women drew it down
Over the body and stepped out of it
The open they came into by these moves
Stood opener, hoops came off the world
They could feel the February air
Still soft above their heads and imagine
The limp rope fray and flare like wind-born gleanings
Or an unhindered goldfinch over ploughland.
This year, let’s focus on blessings. Light a candle, offer thanks. And perhaps, like Brigid, instead of seeking for yourself alone, offer blessings to those around you. Allow your open to become opener!