The Differences between Shamanism and the Personal Totem Pole Process 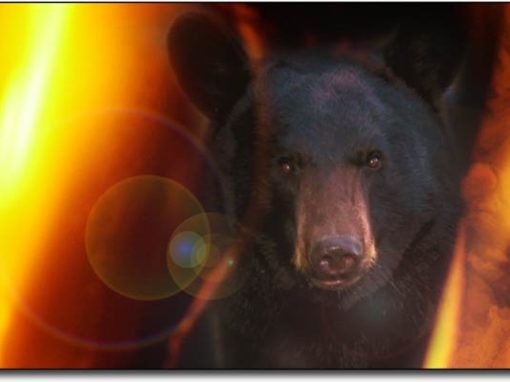 This article was originally published on www.deepimagery.net: http://deepimagery.net/?p=510
Traditional Shamanism is a healing practice that is tied to specific cultural interpretations and rituals. It involves a practitioner reaching altered states of consciousness in order to encounter and interact with the spirit world. Although the word “shaman” originally referred to traditions in North east Asia (Siberia) the term is used to describe similar practices in various other traditions. Hence, we have Peruvian Shamanism, Hmong shamanism, various Native American shamanisms etc., each with their own traditions, understandings and practices. Shamanism is often understood as a ‘technique of religious ecstasy’ (Eliade) and shamanism contains a religious or belief aspect in how it is practiced.
There are also modern  and neo-shamanic practices that draw on the  traditional  teachings of shamanism without being necessarily aligned with any single cultural tradition. These practices often incorporate specific ideas  on the structure of the imagination, the meaning of certain guides and the process of journeying from many traditional teachings. Often they emphasize shamanic journeys as a means of retrieving information.
Similarities:
The Personal Totem Pole Process® and Shamanism, both traditional and modern or neo-shamanic practices all value  imagery as a way of knowing. As Dr. Gallegos explains:

“Knowing through imagery is the primary domain of the shaman, who recognizes imagery as foundational, preceding and transcending knowing through thinking and sensing, although definitely overlapping with those modes to some degree” (E.S. Gallegos, Animals of the Four Windows, 21).

However, there are differences in emphasis and on the ways of engaging with the deep imagination between shamanism and the PTPP®.
Differences
One of the first differences between PTPP® and shamanism is that The Personal Totem Pole process (PTPP®) is not a religious tradition. It is instead best characterized as a depth psychological approach to imagination and psyche. Jungian and post-Jungian understandings of image, imagination and active imagination as well as Jung’s own experiences as described in the Red Book,  can also be useful  in understanding what a deep imagery journey entails.
The Personal Totem Pole process involves a specific way of engaging with deep imagery and allows an individual explore aspects of their consciousness through building a relationship with their own deep imagination. It is not a culturally bounded practice and instead encourages participants to explore their own imagery with as much depth and openness as they can and so discover for themselves how their deep imagination operates, how it is structured and what guides are active for them.

“Deep imagery is a dimension with its own integrity, and although we may try to control it and manipulate it the way we have learned to do with the sensed world, we must remember that it itself is fully alive, that it has its own inherent intelligence, and that it is deeply organic, touching closely those places from which our very being springs” (21)

The Personal Totem Pole process, like other depth psychological approaches has the understanding that imagination is the primary tool of consciousness. It understands the fundamental activity of the psyche to be imagining. Therefore, the PTPP® training teaches a way of engaging with that imagination that is open to all. In it, deep imagination is seen to be the most unifying of the ways of knowing we have as human beings, the others being Thinking, Sensing and Feeling. Part of the training involves building a relationship with all our ways of knowing, so as to come into balance.

“the new (human) will not be a scientist who rejects feeling and imagery, nor a shaman who rejects science, but a whole (human) who lives in the full complexity of (their) being” (104).

Because the activity of imagining is in the moment, alive and direct, the PTPP® does not involve learning preconceived ideas about either the path a journey needs to follow or its outcome. Unlike shamanism, it does not put forward specific interpretations of the images one may meet in a deep imagery journey.  The PTPP® teaches a person how to engage respectfully with the images that present themselves with out relying on preconceived ideas of what that image might mean or signify. Instead, the journeyer is asked to greet, speak to and develop an honest relationship with the image, often an animal, that has presented itself. The work is about the present moment experience of the person undertaking the journey.
An example of this would be if someone in a journey met a snake. Snakes have strong associations in many traditions. In Judaeo-Christianity, it is regarded as a symbol of evil or temptation. In Peruvian shamanism, a snake is linked to the Cosmic serpent. In Hinduism, it is linked to Kundalini energy.  However, in a Deep Imagery journey, none of these interpretations are immediately valid. What is valid is the direct experience the journeyer has in that moment with the snake. If the journeyer has any interpretations like the above, that is, has specific thoughts about the snake, he/she is expected to communicate them to the snake in the journey and listen to what the snake says in reply. Also, any feelings…joy, fear, disgust…are all to be communicated. The aim is to be aware in the moment, to be real with the snake and with oneself and not project onto the snake. The task is to be in true relationship with the animal.
From this it also follows, that unlike shamanism, the animals met during a deep imagery journey are not regarded as “spirit guides” or in any way as superior beings. These concepts are regarded as ideas that are held by the journeyer and hence need to be communicated to the animal image in the deep imagery experience. Whatever the response of the animal in this regard is to be respected. Furthermore, the animals met in any particular Chakra or Sense or Four Windows (or other ) journey, will most likely change as the journeyer’s own internal dynamics change, as issues resolve, as healing and growing happens. The animals met in one journey may not be present in the next. The animal guides are not necessarily permanent as a “spirit guide” may be understood to be.
Likewise, shamanism and shamanic practices often have specific understandings of the locations where guides live: The Lower World, The Upper World and also have culturally approved ways of traveling to these worlds. The PTPP® does not predict how or where an individual will meet their inner guides. In a deep imagery journey, the journeyer explores their own world of the deep imagery and discovers the structure that their imagery takes for themselves. Preconceived ideas of how the deep imagination is structured  are regarded as that: thoughts held by the journeyer and something the journeyer needs to be aware of in them selves and when needed, can check out with their inner imagery guides.

“many people who are able to return to deep imagery are amazed to find that it has a life and a spontaneity of its own, that it is not prone to follow the dictates of the will, that it has a knowing which it is willing to share. … Many people are amazed to find that imagery is different from thought, that their thoughts about which images would appear turn out to be inaccurate. Not infrequently an animal appears that the person rejects and tries to drive away, but the animal holds its own, insisting that this is where it belongs. The growth of the individual emerges from developing a relationship with those deeper elements that had been rejected” (78).

Role of the Deep Imagery Practitioner:
Another major difference in shamanism and the Personal Totem Pole process is that in shamanism, quite frequently, the shaman undertakes a journey on behalf of another person. In the PTPP®, the role of the guide (i.e. the Deep imagery practitioner at the end of the three year core curriculum training) is entirely different to that of the shaman. The PTPP® practitioner does not see themselves as a healer. The task of the deep imagery guide/practitioner is to keep the person undertaking the journey in touch with their imagery. It is not to interpret or intervene but simply to facilitate, as deeply as possible, the journeyer’s interaction with their own imagery.

The animals give us a powerful mode for interfacing with this core within ourselves and they lead us closer and closer to being in harmony with it.” (137).

Journeys
While the PTPP® uses the word “journey” to describe the active process of engaging with deep imagery, it does not imply a specific shamanic practice. Neither does a PTPP® journey involve the use of shamanic techniques such as drumming or the use of any substances to aid the entry into the journey. Instead, it teaches a means of accessing the deep imagination through relaxation and by being skillfully guided inwards by an experienced guide, who has undertaken their own work and so is able to facilitate another person’s inward journey.

“after helping him relax as best he could, I had him focus on his heart and invite an animal to appear” (30).

The PTPP® emphasizes a holistic experience in the deep imagery journey. Through communicating with the inner guides, the journeyer enters a more engaged participation in the journey, one that is not confined to the verbal level. Unlike some shamanic practices, where the aim is information retrieval, the PTPP® goes deeper than a simple question and answer format or verbal exchange where the journeyer may stay at the thinking level. Instead, when working with an experienced practitioner, the journeyer is encouraged to move away from solely verbal interactions into an active participation with the inner guides.

“They are alive…capable of action and transformation” (31).

Psychological Understandings
Certain depth psychological understandings such as polarities, shadow work, the effects of unresolved past issues/injuries in a person’s life, the ongoing movement of the psyche towards balance and healing are inherent in the work. The core understanding is that accessing the deep imagination allows the healing that needs to happen, to happen in the best way possible for the individual involved. Dr Gallegos says that “Knowing through imagery is a knowing of the inner, and its concern is growth, healing, and wholeness” (22).
The goal of PTPP® is thus ultimately to help the person regain the central positions of aliveness, wholeness and balance in themselves.  This aim differs from that of a number of shamanic practices and also from some forms of psychotherapy which deal with “adjustment” i.e. getting rid of certain emotions, shifting ones thinking, behavioral modification, etc..

Conclusions:
While the PTPP® and Shamanism both engage with imagery for healing purposes,  the PTPP®  differs from Shamanism in many ways. These include:
The PTPP® is not a religious tradition. It does not have specific or preconceived interpretations of, or associations to, the animal guides a person meets. Neither does it teach that the deep imagination has  a certain structure or that everyone’s imagery takes the same form.  It does not involve the use of accoutrements from shamanic traditions. The trained PTPP® guide does not undertake the journey on behalf of someone else or take on the role of healer other than to facilitate the journeyer’s own interaction with their imagery.